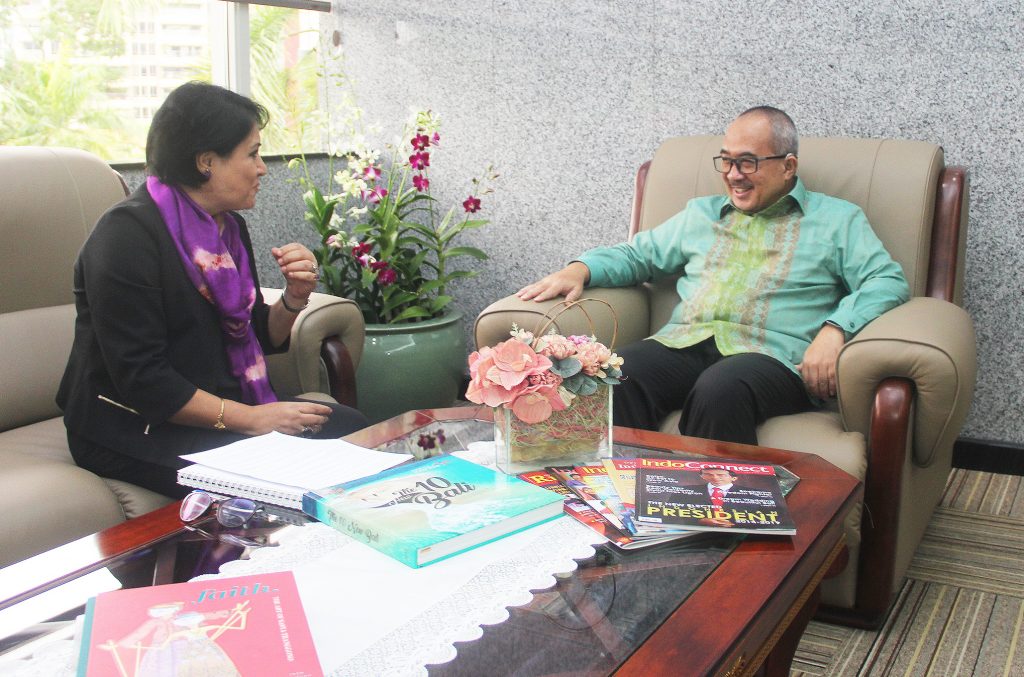 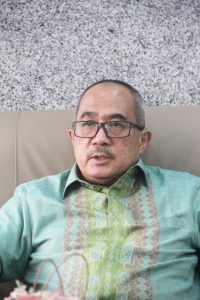 HIS journey as a media person, as the former president director of private television station Metro TV, brings with it an interesting take on his duties asIndonesia’s new Ambassador to Singapore for HE Suryo Pratomo, for whom life’s course has taken a completely new turn with his surprise choice as ambassador by President Joko Widodo, replacing outgoing ambassador, HE Gede Ngurah Swajaya, who has served here since 2015.

Despite having worked in the private sector for most of his working life, Ambassador Pratomo appears to have been well grounded to take on the challenges of a diplomatic career with a matured world-view and positive outlook. This seems to have been largely shaped by what he learned at Kompass, where he worked as a journalist for 21 years and served as its editorial chief, inculcating its outlook for offering its readers a balanced view of things, so that they had the right perspective of a situation before forming an opinion about it.

Settling in Singapore during the COVID pandemic, has brought its own lessons for the new resident ambassador at Chatsworth Road. He shares how in the past he found it difficult to control and monitor travelling Indonesians and asking them to follow the rules. But Singapore revealed to him how people residing in the island nation, regardless of what country they were from, abided by the strict regulations established by the government for their own protection and to contain the contagion. “You know Indonesians have become more paranoid about meeting people because of the situation, but here I feel more confident about stepping out and meeting people because of the strict rules,” he says.

Having moved out of media, which has been his comfort zone for so long, he says that it’s not going to be easy going the diplomacy route. However, he has been training for it and now feels more secure about conducting diplomatic related matters. He said this also comes from having the support of the embassy staff here who kept him updated on things and apprised him fully about the situation in Singapore before he actually arrived to take up the position.

Regarding being chosen by the President for the post, he shares it had come as a huge surprise when he learnt about this from the deputy foreign minister back February. “I aim to try my best and indeed it is an honour, to do justice to his trust in me to serve my country to the best of my ability,” says His Excellency.

Responding to how he sees his role impacted by his previous experiences as a media man, the ambassador shares that earlier the media could criticize the government, but one could not cross a line, it was only when the country was led by a democratic government that the press had full freedom to express and freedom of speech on anything. “But my years at Kompass remind me that the media is not only a tool to criticize. It is also a communicator of hopes, so that’s why the role of media is not just to talk about anything lacking on the part of the government or in society. It is also to educate. That is the wisdom I acquired there. Kompass never tried to exaggerate the facts but tried to offer in a balanced manner a better perspective,” he says.

He underscores his viewpoint by adding that with this kind of background as the new Indonesian ambassador he wants to show his former media colleagues in Indonesia that Singapore and Indonesia can overcome any differences. ”Until now the relations between the two countries have been very good, but I think, we can still further build on the trust and confidence in each other; that’s why the role of media is to also put everything in context so that people have a better understanding and greater depth of knowledge about a situation,“ reiterates the ambassador.

Speaking at length about the COVID pandemic and its impact on investment and trade between the two countries, Ambassador Suryo Pratomo believes that the first priority is healthcare. He speaks highly of the ongoing work of the Singapore government and especially singled out Temasek Foundation in providing assistance to the Indonesian people during the pandemic. He also firmly believes that since even today information about the virus  is still limited, both nations have an opportunity to come together to share their resources to find better outcomes for containing its spread as the pandemic is still not clearing after all these months.

It is not easy, he says, for the pharmaceutical companies to find the vaccines that are needed to put an end to it and that is why both countries need to work together, not just as a partnership but with the aim of developing the research for its eradication.

COVID ControlHE Suryo Pratomo has spoken to the head of the passport division back in Indonesia about how Singapore has implemented the discipline to contain and monitor the spread of the virus by strict law enforcement and technology. With this in mind, he says, he has tried to connect the Ministry of Home Affairs, ICA and Indonesia’s Research and Development agency BPPT to work together as he was inspired by Singapore’s application of technology in tracking and contact tracing during the COVID ‘circuit breaker’ period.

In his opinion, Singapore, one of the world’s most densely populated countries was correct in approaching the pandemic crisis on a war footing and its handling of its spread has been a great lesson for other countries undergoing the same harrowing conditions.

A suggestion has been floated that, says the ambassador,  with Indonesia population of almost 270 million people spread over many islands  Singapore’s methods may not be possible, but one could start the exercise as a “sampler” in a smaller area, say like on islands such as Bintan; The ambassador feels if they could carry out a pilot exercise at the passport office where they have 1,000 people and see how the technology works, they can have the confidence to apply it in other areas such as Bali and even Jakarta. He thinks such an exercise can lead to the opening up of ‘travel bubbles’ e.g. between Singapore and Bintan, once the virus is contained in Bintan.

“At the same time,” Ambassador Suryo Pratomo says, “we are thinking of how after COVID-19 we can bring the two countries together to co-operate even more closely and with the success of that develop more opportunities.“ Indonesia he points out has immense natural resources and is a huge market; Singapore on the other hand is very strong in the financial sector and has very good R&D facilities. His Excellency opines that post-COVID there is no reason why both nations cannot learn how to optimize their individual strengths for their mutual benefit. “This is a challenge, but once the vaccine is a success and one can control the pandemic I think the two countries can really strengthen their co-operation further,” he says.

Commenting on the matter of vaccine –multilateralism, he feels that there is no country which can isolate itself in these times, simply because it is surrounded by other countries and any people movement between them can be a threat. It’s one of the reasons, he says that Singapore agreed to partner and help other countries, for not only would it save Singapore from its spread it would also support the countries around it to handle the spread of the virus.

When asked about the embassy’s support of the Indonesian diaspora during the pandemic, the ambassador pointed out that there are 250,000 Indonesians in Singapore. It has not been possible to help everyone travel back to Indonesia but what  they have tried to do is reach out to the more privileged  and better off members of the community and asked them to think of ways of helping their countrymen who live here who are not so fortunate. They have been encouraging them to be creative and set up networking programmes to open up avenues of revenue, be it in setting up outlets for Indonesian food distribution and the like, that will help the less fortunate. 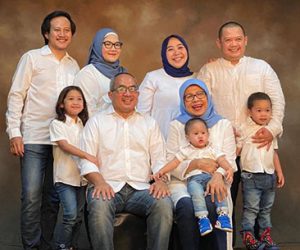 Born in the Bandung, West Java in 1961, Ambassador Suryo Pratomo, popularly known since his media days as Tommy, has been a nationally recognized media personality.  Both his parents were teachers in Bandung but he remembers having travelled to several cities across the country with his father who was also a businessman. Eventually he settled in Bogor and enrolled for study at the Faculty of Animal Husbandry at Bogor Agricultural University; he graduated from there in 1983, but a highpoint of his time here was he met his wife who was a vet and thereafter joined the Ministry of Agriculture. Having enjoyed bringing out the faculty magazine he decided to pursue a career as a journalist and rose to become a nationally recognized media person. One of their daughters is a dentist and runs a clinic in Jakarta. His other daughter living there has recently quit her job in the exhibitions industry to have a baby.

The message Ambassador Suryo Pratomo would like to send out to both Indonesians and to Singaporeans is to build up the platform of trust and confidence to close the gap between new opportunities and capacity building – and in this he feels the diaspora can play a pivotal role in making these changes given their experiences gained by living abroad.

The media too he believes can play its role by responsibly providing balanced perspectives to ensure that the twin tools of trust and confidence will work towards creating greater people-to-people ties; it will, he opines, change their approach to the differences between the two nations and perceive each as being a land of hope and opportunity.

He feels that instead of focusing on and exaggerating their differences it would be mutually more beneficial to strengthen one’s common goals. He believes that initiatives, such as Singapore’s move to diversifying its supply chain and the explorations of the Singapore-Indonesia 6 Bilateral Economic Working Groups platform, will be pivotal to fortifying this outlook and the relationship between the two nations. 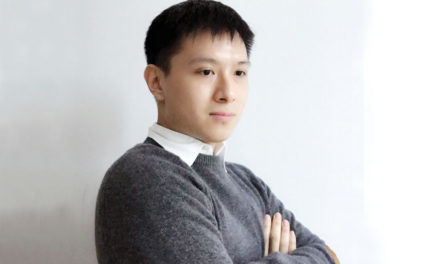 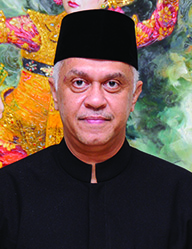 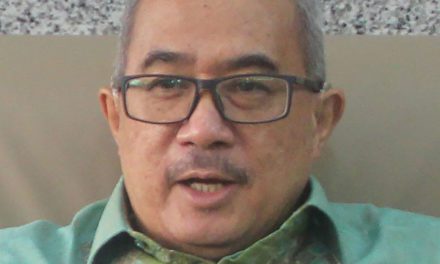 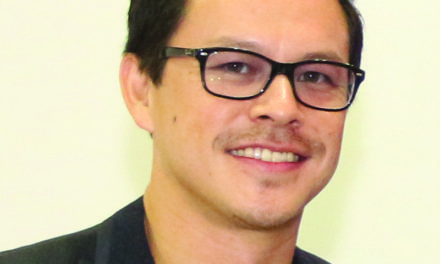 Mike Wiluan: The Possibilities are Infinite!