As the one of the world’s largest economies and highest greenhouse gas emitters, Indonesia’s identification of an inclusive, low-carbon development pathway is an exemplary inspiration for other countries

INDONESIA, home to 230 million people, is one of the world’s major emerging economies; on the other hand it has also been one of the major emitters of greenhouse gas emissions (GHG). According to its National Council on Climate Change, the country emitted about 2.1 giga tonnes of CO2 (GtCO2) in 2005, which is about 5% of global GHG emissions, while it contributed only 0.6% to world Gross Domestic Product.

That said, most of Indonesia’s emissions do not originate from industrial activities; rather, 38% of the country’s total emissions are from peatland (with the majority caused by fires) and 35% are caused by changes in land use.

• Indonesian community to reduce by 29% greenhouse gas emissions by 2030 on its own efforts and to reduce more emissions up to 41% with international support.

• The energy sector is committed to reduce 398 million tons of CO2 emission by 2030.

• In 2020 Indonesia reduced 64.6 million tons of CO2 emission with the main contribution coming from new and renewable energy followed by energy efficiency and low carbon fuel.

To combat this unfavourable development, “green growth” has been proposed in Indonesia as a path to follow henceforth for economic growth and development. This concept (aimed at avoiding environmental degradation, loss of biodiversity, and unsustainable use of natural resources) has been connected to the “green economy for sustainable development and poverty reduction”.

Opting for green growth also entails a shift from fossil fuels to renewable energy sources. In 2006, the government of Indonesia implemented the Energy Mix Policy, which is founded on two pillars: securing energy supply; and increasing the share of renewable energy. Under this policy, the share of renewable sources in the total energy mix is foreseen to increase from 4% in 2006 to 15% in 2025 — 5% from geothermal, 5% from biofuels and another 5% from other renewables like wind and solar. Indonesia can up its ante for delivering green growth by developing capacity, driving investment and designing green projects with social, environmental and economic benefits for its people.

Low Carbon Development
In 2017, Indonesia announced its goal of integrating low-carbon, green growth into its national development strategy. Launched by the government in March 2019, the Low Carbon Development: A Paradigm Shift Towards a Green Economy in Indonesia  Report, found that a sustainable, inclusive growth path for Indonesia can deliver average GDP growth of 6 percent per year through 2045 and, compared to business as usual, create more than 15 million additional greener and better-paying jobs, halve extreme poverty, and save 40,000 lives annually from reduced air and water pollution –  while simultaneously reducing greenhouse gas emissions by nearly 43 percent by 2030 –  thus exceeding Indonesia’s current international target.

Indonesia has the third largest tropical forests in the world. As the only tropical forested country that has successfully reduced deforestation over the past four years, Indonesia could transform itself into a global leader, shedding the spotlight on how a green economy aligned with Pancasila values can be achieved. While Indonesia pushes grid energy implementation with new renewable energy acceleration through primary energy substitution of biofuel, coal firing and fossil energy— electric vehicles, batteries and hydrogen will also support transition. This transition will make Indonesia energy independent, and encourage sustainable development and low carbon resilience.

The transition is documented in Indonesia’s draft energy grand strategy and will accelerate the use of renewable energy with additional capacity of around 38 gigawatt by 2035.  Referring to the stimulation of long term plans, supply and demand in the energy sector, C neutral will be a chief in 2060 or sooner with international assistance. The call has also been taken not to open any new coal- firing power plant. New fossil fuel power plants must have carbon capture on storage and there must be an increase in use of electric vehicles in 2030 with 2 million cars and 30 million motorcycles.

According to BAPPENAS, a low carbon development path towards net zero emissions in 2045 can deliver a GDP growth rate of 6 percent a year on average, above current business-as-usual projections, and create an estimated 15.3 million jobs. In addition, this trajectory will position the country as a leading destination for green private investment.

Attracting investment from other countries will be pivotal in supporting Indonesia’s renewable energy agenda. Indonesia has invited its national and international partners in supporting its efforts through knowledge sharing, strategies and partnerships in both public and private sectors and widening the door for investors to develop renewable energy in the country.

Challenges
Indonesia’s ambitious target for renewable energy development is not without challenges. One major issue in Indonesia is that energy transformation requires large funding, incentives, improvement of infrastructure and human resource with high skill and competence. For development of renewable energy projects in future it is necessary to establish a business and funding scheme for the public and private sector. This is a movement for Indonesia’s transition towards a more sustainable and green future.

Indonesia, has had to reallocate its 2020 fiscal budget of USD 49 billion (IDR 695.2 trillion) for healthcare, social assistance, and small businesses to cushion the negative impacts of the COVID-19 pandemic. This reallocation consequentially reduced the fiscal capacity of local governments in Indonesia to finance long-term climate goals. This reduced capacity is a potential threat to achieving Indonesia’s energy transition target: cities are a key component to Indonesia’s mandated National Energy Policy of reaching 23% renewable energy contribution in the energy mix by 2025.

A potential solution comes in the form of green bonds – sovereign bonds that have positive environmental and/or climate benefits – that can be issued by subnational governments with  adequate fiscal capacity to borrow. 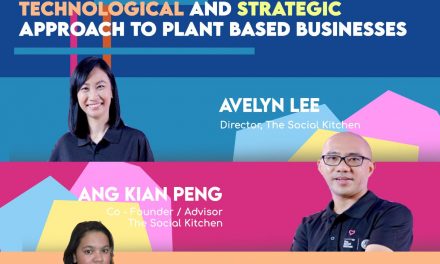 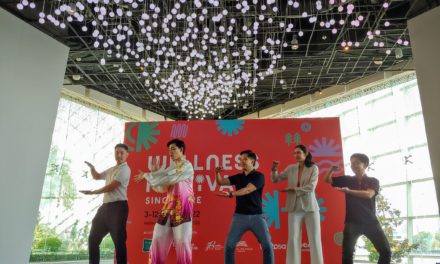 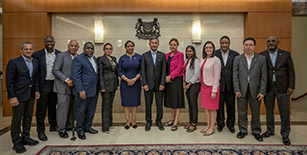 Visit to Singapore under the 9th Forum of Small States Fellowship Programme by Permanent Representatives to the United Nations, 13 to 17 January 2020 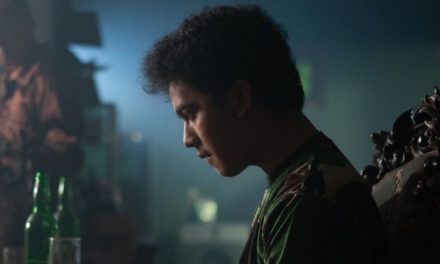